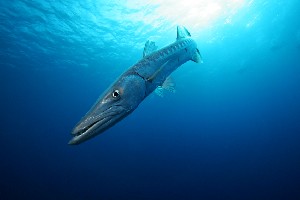 The fabled Island of Sipadan which lies just off the Eastern coast of Sabah in Malaysia is one of the world’s best diving spots, attracting divers, explorers and researchers from all around the globe.

The only oceanic island in the Celebes Sea, it was formed from a living coral reef growing on top of a volcano which rises 600m from the seabed and is covered with lush unspoiled rainforest.

This tiny coral Island of just 12 hectares has had a long and tumultuous history beginning from the 1800’s when it was under the sovereignty of Spain, then relinquished to the Sultan of Sulu, then by America, the Netherlands, Great Britain and now Malaysia.

In 1933, tiny Sipadan island was declared a bird sanctuary.

The nearby island of Mabul welcomed migrants from the Philippines since the 1970's. They are the villagers and fishermen.

In the past, Sipadan was at the centre of a territorial dispute between Indonesia and Malaysia. At the end of 2002, the International Court of Justice awarded the island to Malaysia

On 23rd April 2000, 21 people were kidnapped by the Abu Sayyaf's Filipino terrorist group. All victims were eventually released safely.

Since then, the Malaysian military protects the tourists and most of the island is off-limit.

The island was later at the centre of a fierce territorial dispute between Indonesia and Malaysia, then In 2002 the courts awarded Sipadan to Malaysia’s National Security Council, who then set about governing and protecting the area’s natural marine and wildlife resources.

At the end of 2004, all Sipadan resorts were closed and moved to Mabul island.

For 1 month, starting yearly from 1st till 30th November 2020, Sipadan island will be closed to all tourists, divers, non-divers and snorkelers in order to preserve the coral and the marine life. Sipadan will reopen on the 1st of December 2020 and will be open for the full month of December 2020.

How Sipadan Island Got Its Name?

There have been a few historical accounts of how the name Pulau Sipadan came to be (The word Pulau is Malaysian for island) and you may hear that it means Border Island, which is a reasonable theory since it lies just off the Borneo coast and close to the former Dutch and British colonial borders. However, the Malay word for Border is Sempadan which discounts this theory.

The most common and widely accepted version of the name Sipadan is that it derives from the Siparan people who are part of the ethnic Bajau or Sea Gypsy population who frequently sailed there to harvest Turtle Eggs for food. To this day they still call it Siparan Island.

One gruesome Bajau story is that the body of a Turtle egg collector named Si Paran was found on the Island (The Prefix Si is a Malay term used to show respect or affection) thus the Island was called ‘Pulau Si Paran’ which then morphed into Pulau Sipadan. Not much is known before the 20th century due to its remoteness, so we’ll never know the real story, but we do know that the earliest reference to Sipadan was on Dutch navigational maps from the 1840’s.

Sipadan A Bird Sanctuary was Before a Divers' Playground

Sipadan Island is renowned as a diver’s paradise and home of nesting Turtle eggs but way back in 1933 while under British rule, The Sandakan Forest Conservators declared it to be a bird sanctuary and it was confirmed in the official Gazette, and re-gazetted in 1963 by the Malay Government.

It remains a popular bird-watching destination today, as it’s an important migration stop for Wood and Sand Pipers, Sea Eagles, kingfishers, Sunbirds and Starlings as well as the large chicken-like Megapodes or Mound builders.

Indeed, the status of Sipadan as a bird sanctuary remained unchanged until the 1970’s, and it was only after oceanographers began exploring the world beneath Sipadan that they realised the significance of this Island as one of the most important marine habitats in the entire Indo-pacific Basin.

The Lighthouse of Sipadan

Sipadan Island had been the subject of intense dispute for decades with the International courts having to determine whether the Republic of Indonesia or Malaysia held sovereignty of the island. One way to determine this was to see what historical treaty’s, agreements and land they each held. The Courts found that neither country had any titles to the Island, so they then studied the effective occupation of the Island.

At the time Malaysia oversaw the regulation and control of the then lucrative turtle egg collection, and the maintenance of a steel lighthouse which was constructed by the authorities of Borneo in 1962, and it was these activities which played a major part in swaying the courts to rule in Malaysia’s favour. Now looking rather neglected, the 24m tall lighthouse still stands but is not accessible to visitors.

Sipadan Island is a well-known location for egg harvesting as Turtles have been going there for centuries to lay eggs. Very significant in local culture, Turtle eggs provide an important source of protein, and were consumed at special events like weddings and religious ceremonies as a traditional delicacy.

In 1878, two families were granted perpetual rights to collect Turtle Eggs by the Sultan of Sulu whom would in return, receive a share of eggs as a licence fee. These hereditary rights were passed down through generations of the two families, and even though Sipadan became part of a protected Turtle egg nature reserve in 1964, they continued to collect eggs right up to the 1980’s.

As Sipadan grew in popularity as a diving destination, the Sabah government granted licences to construct twelve dive resorts on Sipadan, and the diving operators in an attempt to protect the turtles eggs and habitat agreed to pay an annual sum of money to those two families in return for an end to egg collecting.

The two families then had a bitter battle in court to re-enforce their rights to collect Turtle eggs as well as laying claim to the Island itself. Their case was rejected and today, Turtles continue to lay eggs on Sipadan, protected from poaching for human consumption.

The Turtle Island Park, near Sandakan, is a major tourist attraction is a huge conservation project set up to protect, educate and ensure the survival of endangered Sea Turtles. This area surrounds three Islands and is widely promoted around the world. But under the radar is another Turtle Hatchery on Sipadan Island which is not promoted as heavily. Visitors wanting to tour the premises need to apply directly with the Hatchery.

The eggs are collected on the beach and put in dedicated areas protected from predators for incubation. It has been discovered that higher temperatures tend to produce males, whilst lower temperatures produce females, so endeavouring to produce a balanced Sea Turtle population, half the eggs are kept in the shade and half in direct sunlight. Once hatched, the baby Turtles are released about 4m up the beach to make their own way to the sea, which helps them remember the Island when they return to lay their own eggs.

What Future lies for Sipadan

Sipadan Island was declared “Sipadan Island Park” in 2009 and has a total of 16,846 hectares of Sea and Coral Reefs governed and protected by the National Security Council of Malaysia. Administered by the district offices of Semporna and by Sabah Parks Authority, the long-term goal is to become a recognised UNESCO heritage site.

Huge efforts have been stepped up to protect and conserve this national treasure including relocating all the resorts from Sipadan to other Islands and banning overnight stays. Despite these efforts, there are still some problems such as hurricanes which damage natural resources, and as tourism continues to rise, there is increasing reef and coral damage from careless divers, and resorts and boats from nearby Islands raise pollution levels. To combat this, they limited diving permits to just 120 per day. In order to help the local dive operators

In 2019, the management of Sipadan will be transfered to Sabah. Subsequently, the number of daily permit has been raise to 176 permits per day. In compensation, in order to preserve and allow the marine environment to regenerate, starting in 2020, every month of December, Pulau Sipadan will be closed to tourists.